“Drugs in different forms have served as stimulants for ecstasy in shamanism since archaic times.”

The Attraction of Peyote is an unrivalled exploration of the use of psychedelics in Native American spiritualities by one of the world’s foremost anthropologists of religions, Åke Hultkrantz. The author highlights how this psychoactive cactus began as a basis of shamanic power and eventually became a cult object and medicine for the initiated. He examines the formations and spread of Peyote-based religions and the extraordinary experiences that inspired them, showing the relationship between the trance states achieved in traditional “shamanic seances” and the effects of this potent hallucinatory drug. The book is nothing less than a cultural history of Peyote, in religion, symbolism, and practice, incorporating a consideration of Christian and inter-tribal influences on Peyote traditions.

Originally published in a European small press edition, The Attraction of Peyote is available now to the general public for the first time. Unique to this edition is the author’s memoir of his own Peyote experience with the Shoshone people.

“In a career spanning half a century Åke Hultkrantz has proven his prowess repeatedly as a scholar of American Indian religions. His latest investigation upholds his high standards of thoroughness in explaining the spread of the peyote religion among Native Americans over the past two centuries. … He reviews virtually all published (and many unpublished) accounts of the peyote religion, including his own field notes among the Wind River Shoshonis of Wyoming.” 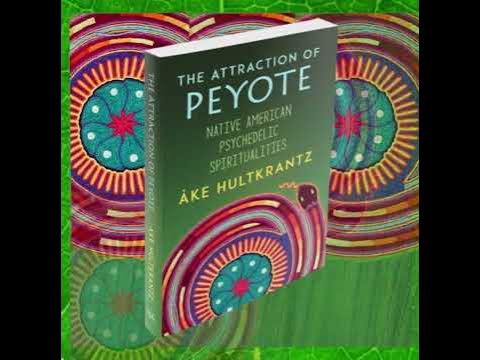 The Attraction of Peyote - Åke Hultkrantz

Åke Hultkrantz (1920-2006) was born in Kalmar, Sweden. He earned a doctorate in ethnology from University of Stockholm in 1946, followed by a second PhD in comparative religion in 1953. Between 1948 and 1990, he often conducted fieldwork and lived among Californian Native American tribes, the Arapaho, and the Shoshone who adopted him as a tribal member.

He held many distinguished academic appointments, and was a visiting lecturer at universities across Europe and the United States. He authored some four hundred papers and twenty-five books, including standard works on Native American religions. His interest in afterlife-related subjects, shamanism, and peyote spanned his entire career.